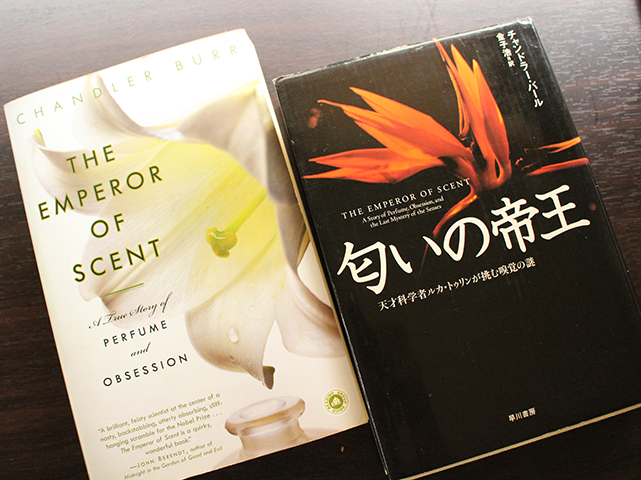 "The Emperor of Scent" and Luca Turin's "Perfumes: the Guide"

Very recently, I was to hear from my customers that they heard about and grew interested in Parfum Satori thanks to "Perfume: the Guide." This is one of the happiest things to happen for me in a long time.

It seems that after the 2008 and 2010 versions, a Kindle edition of this guidebook ranking perfume was published in June 2018. "Perfume: the Guide" by Luca Turin, based on "The Emperor of Scent" (by Chandler Burr), ranks perfumes on a scale of 5 stars.

Although I received no contact from the publisher, I was surprised and delighted when my customers informed me of the inclusion of some of my fragrances. It was like a dream come true!

As well as being a biologist, Luca Turin is also a renowned perfume critic. I would go as far to say that he is regarded as a genius in his field.

I came across "The Emperor of Scent" 15 years ago. The Japanese edition was published in 2003 and I bought it immediately because at the time - and in fact even now - there are few books on the market about perfume.

The further I got into the book the more enchanted I became with his(Luca Turin) vocabulary regarding perfume and his unprecedented way of life. His many perfume reviews within the book are very different from the brand release-based perfume reviews of previous books.

With an expressive power unbridled by common sense, the criticism can be cutting and would have been impossible if the book had been sponsored. I went on to buy the English edition of the book and compared it to the Japanese translation.

I will go into this in more detail in the future, but the book traces how scent molecules are recognized by the olfactory senses and his long fight in supporting the "vibration theory" in opposition to the "configuration" theory, long supported around the world. The book takes us on a worldwide journey to discover both mythological antique perfume stores and the laboratories of perfume companies were the latest aromas are born.

As is mentioned at the end of this book, the history of perfume is both popular science and a human story. 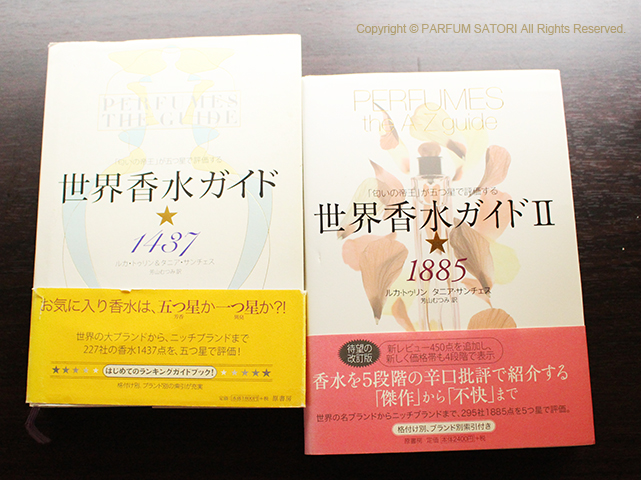 "The Emperor of Scent" mentions the original reviews to be found in "Parfums: le Guide Edition 1994," and when I was in Paris, I circled secondhand bookstores to find an original edition. It wasn't until 2006 that I found a PDF copy on the Internet in French. I printed it out and poured over the pages with a dictionary in hand.

In 2008, the Japanese edition was published at last. The more I read, the more I desired for my perfumes to be evaluated by Luca. Although I had confidence in my own fragrances, the Japanese market is regarded as one that buys overseas brands and small maison fragrances like mine receive little attention.

According to the profile in the book, Luca was working at a certain university in the UK and even though I didn't know in which particular department or research laboratory, I posted a sample of my perfume and a letter.

Now that I look back, it had taken many years for the Japanese translation to reach me. Bearing in mind Luca's illustrious career, it was very unlikely that he would stay in one place at a time. Even if my letter were to reach the university, he may have already moved on.

Every now and then, the fate of my letter would come to mind. It was as if I had thrown a "letter in a bottle" into the sea from a desert island.

The 2010 edition of Perfumes: the Guide was the last one to be published and eight years went by. In March 2018, I received a letter from Luca Turin's co-writer, Tania Sanchez. It said that there were plans to update the guide and that she wanted me to send her some perfume samples.

I celebrated this great opportunity with my staff and we pondered on whether we should send samples of all our fragrances or just a selection. In the end, we decided upon 9 scents which we considered to be the most Japanese and which we were exporting abroad along with written introductions. .

However, I began to worry about the criticism we would receive. In spite of my concern, I was happy to have even been chosen. My perfumes were advancing to a bigger stage.

The first and second editions of the perfume guide included 1,437 and 1,885 respectively. Perhaps even more fragrances would be included this time and it would take at least six months for them to be evaluated. I figured that at the earliest, the book would be published at the end of 2018. 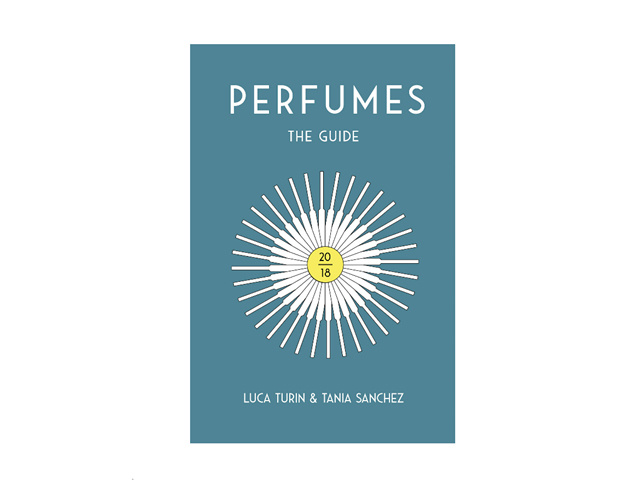 However, it appears that the project had been underway for a while and it was a customer who informed us of our inclusion. I downloaded the book on Kindle via Amazon. I was almost too scared to look but my staff reminded me that as a customer had mentioned it, the criticism was probably positive.

I checked for Satori entries and found that five of my perfumes had been included each with a 4 star evaluation. Additionally, my fragrances had entered the world ranking of New Codes in the No. 4 position.

I was over the moon. All the effort that I had put into establishing my brand and creating each and every fragrance ran through my mind.

Overseas customers would buy Parfum Satori scents and take them back home. Foreign brokers would cover them, resulting in much enthusiasm from perfume fans around the world on SNS. Eventually, my perfumes were included on the Fragrantica site and perfume boutiques all around the world began to sell them.

My letter in a bottle had been carried by the waves and eventually reached Luca Turin and Tania in a completely different way.

I had always told myself "I make perfumes for myself and I don't care what others say." "It is the customers who buy my perfumes that matter rather than the opinions of the critics." However, it gives me much pleasure for my company to be regarded as a global brand.

It's 19 years since I first started out in perfumery and ten years since I established my company. I have considered giving up more times than I care to remember, but I take pride in myself that I was able to continue.

My friends have pointed out to me that I'm something of a slow starter and I feel recently that I've finally been able to stand on the start line. I have nothing but gratitude for those who have encouraged me over the years.  Thank you so much.