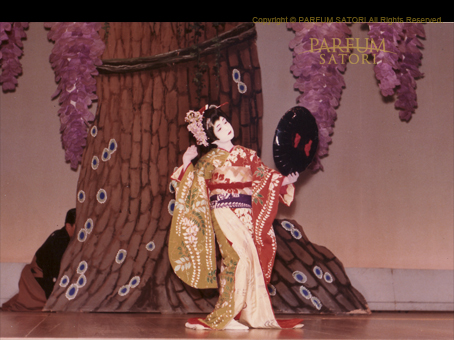 When I was a child, I was learning "Nihon-Buyo", a Japanese Classical Dance Performance. My last stage was "Fuji-Musume (The Wisteria Maiden)".

The stunning stage was decorated with a beautiful pine tree covered in long and purple wisteria. The pine tree representing the man and the wisteria representing the woman, the story was about a drunk and heartbroken maiden, grieving the indifference and cold heart of her loving man.

When I hear the lyrics now, I realize how inappropriate they were for a child to dance. But without understanding the meanings, I was simply happy to be able to wear the gorgeous embroidered kimono, wearing a "Nurigasa (traditional Japanese conical hat)", dragging the long kimono sleeves, not to forget the "Nakanuki" during the stage (a technique to instantly change costume on stage)... a very exciting, rich and varied program.

Which girl wouldn't appreciate the word "maiden" or "princess" in the first place? (How old they might be!)

Although I only liked the stages (and its costumes), practicing was another story. "The neck should be this way"..."the fingertips should be that way"... "Now lower the hip and twist it this way"... stopped at every single pose repeated until mastered... Practicing "Nihon-Buyo" is a hard labor because of its slow and quiet moves. 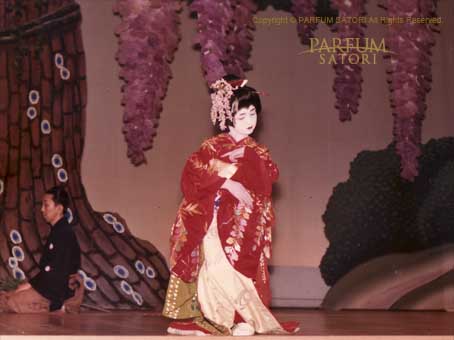 The rehearsal of the first part, which is simply coming out from the "Hanamichi (a long raised platform connected with the main stage, generally used for characters' entrances and exits)" was enough to make me so nervous that my head went blank. The students' families were watching as audience during rehearsals, and I remember utterly standing there while the "Nagauta (traditional songs accompanying the dance)" was playing.

I myself did not worry that much about it, but my surroundings was terrified. One week later, my master teacher came to my house to give me a special private lesson right before the performance. On the actual day, I was a little nervous but as the performance began, to my surprise I was quite calm and the stage went on smoothly.

I think it was my mother's dream to see me dance "Fuji-Musume". The Dance class was in the opposite direction from my school and I used to ride one hour on the train to get there. When I went on to Junior High School, it became too hard to commute and I had no choice but to quit (politely saying as a respect to my teacher).

Instead I begged my mother to start "Sado (The Way of Tea)". I knew it would cause lots of conflicts to learn from my mother, so I decided to attend a certified Class of Tea close to my school. My mother thought I wouldn't last for this one neither, but "Sado" unexpectedly suited me better. 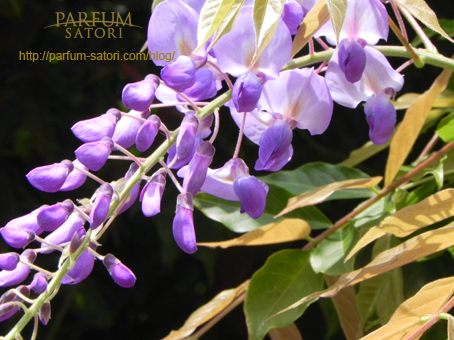