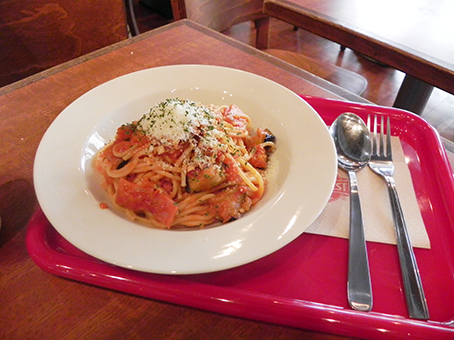 One of ｗestern foods in Japan 「Spaghetti Napolitan」

Japan actively adopted various food culture from other countries and developped our own menu.

Spaghetti Napolitan is a Japanese version of local cuisine in Naples, Italy.It's a Japanese original.

Spaghetti Neapolitan used to be a popular & common food at home and at restaurants in Japan long time ago.  It was often served also at old-fashioned coffee shops when I was a kid.

It's a spaghetti seasoned mainly with tomato ketchup and sausages, onions etc are in it.

Don't miss the chance to try it as a Japanese western food :YOU-SHOKU !