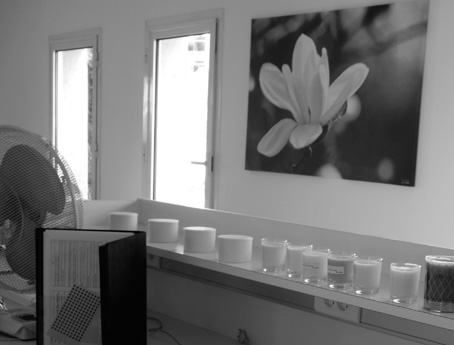 People often ask me, "When creating a fragrance, do you come up with the idea first?

or do you start with selecting materials? "

The truth is, it totally depends on the situation.

This perfume had a tentative name but was officially named HANAHIRAKU.

And the formula was also modified.

It was called 'épanouir' ( French for 'bloom'). There is an episode about this name.

Several years ago, while I was staying in France, I was asked , " What is the most fulfilling moment at work?"  I said, "When I talk with my customers about fragrances and see their faces light up the moment they smell my perfume. It's when I feel like my efforts paid off."

While I was explaining, I was trying to find the best way to describe that moment in one word. After a while, I said " Ah, épanouir!".

Since then the word has become so special to me.

The theme of the perfume was ' flowering tree'. From spring to summer, the leaf buds on various kinds of trees open and white flowers continuously bloom.

While I was working on this perfume, the image of a face lighting up like a flower overlapped with the word "épanouir".

"Épanouir". It sounds pretty but is a little hard to remember and most people wouldn't understand the meaning of it.

Eventually, I wanted to call it in Japanese and there were about 20 choices but I couldn't decide. The perfume was scheduled to be released in May but I couldn't find the perfect name... 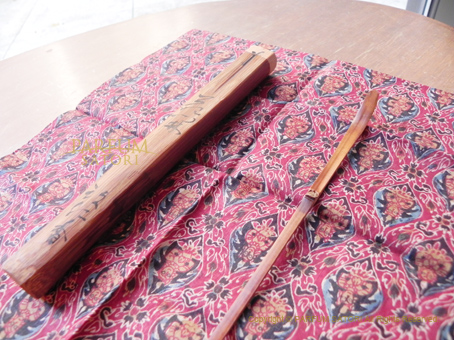 On a morning of February when I was preparing to make Matcha, my mother brought me her hand-made tea spoon in a bamboo box, which had a label saying 「花開」.

"How do you pronounce it?" , I asked. She said, "Hanahiraku"

Hanahiraku... I muttered the word repeatedly.

It sounded hopeful and bright. I liked it. 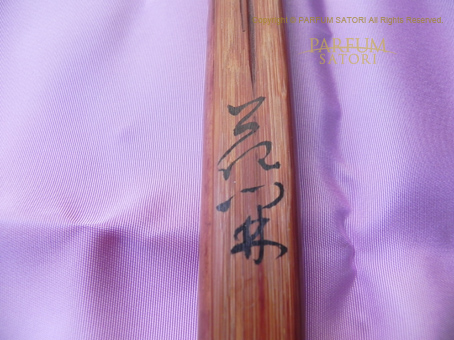 Then it was named HANAHIRAKU. It sounds simple and fits the image of the perfume.

Once it has a name, it begins to shape its character.

I started to feel it smelled a little too soft so I decided to remake it.

Because this is my fragrance.

I thought that I must see white Magnolia flowers bloom again in spring.

HANAHIRAKU was finally released on Oct 15th which was 5 months later than originally scheduled.